2. Communication and its aspects

Study the vocabulary about communication and its aspects. 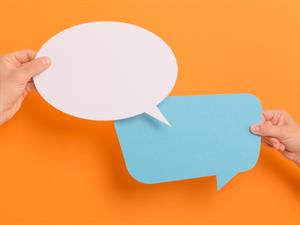 Activated - rendered active;
Confuse - mistake one thing for another;
Communicate - transfer to another;
Distract - draw someone's attention away from something;
Inattentive - showing a lack of awareness, concentration, or care;
Verbally - by means of language;
Interfere - get involved, so as to alter or hinder an action;
Make sense - be reasonable or logical or comprehensible;
Involve - contain as a part;
Interactive - capable of influencing each other;
Interview - the questioning of a person ; often conducted by journalists;
Posture - the arrangement of the body and its limbs.
Examples:
If clear communication does not occur before this new system is activated, this change could bring business to a halt when it becomes clear that the employees are unprepared to use it.
Some barriers might be caused by the sender, such as content that is conflicting or confusing, a choice words or language that may be difficult to understand, or an accent or unfamiliar dialect.
When you communicate, you may send a message, or you may receive a message.
Other barriers may be caused by the receiver, such as being distracted or inattentive.
The receiver may not have the knowledge or information to make sense of the message.
If the receiver then replies with a new message, this communication has become interactive.
Предыдущая теория
Вернуться в тему
Следующая теория
Отправить отзыв
Нашёл ошибку?
Сообщи нам!