Study the vocabulary about countries and symbols. Part 2 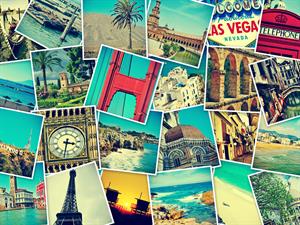 Important - necessary or of great value;
Famous - known and recognized by many people;
Contain - have something inside or include something as a part;
Population - all the people living in a particular country, area, or place;
Western - in or from the west of a place;
North - the direction that goes towards the part of the earth above the equator, opposite to the south, or the part of an area or country that is in this direction;
Different - not the same;
Part - a separate piece of something, or a piece that combines with other pieces to form the whole of something;
Thistle - a wild plant with sharp points on the leaves and, typically, purple flowers;
Daffodil - a yellow, bell-shaped flower with a long stem that is commonly seen in the spring;
Leek - a long, white vegetable with green leaves on top that tastes and smells like an onion;
Shamrock - a plant that has three round leaves on each stem;
Cross - an object made of one long upright piece of wood, with a smaller piece across it near the top;
Patron saint - a Christian saint who is believed to give special help to a particular place, activity, person, or type of object.
Examples:
I have to be in London on Friday for an important meeting.
Scotland is famous for its spectacular countryside.
In 1992 the population of Cairo was approximately 6,500,000.
The wind is coming from the north.
Australia has its own cultural identity, which is very different from that of Britain.
Предыдущая теория
Вернуться в тему
Следующая теория
Отправить отзыв
Нашёл ошибку?
Сообщи нам!