14. Reading. The symbols of Canada

3 Б.
Read the text about the symbols of Canada. 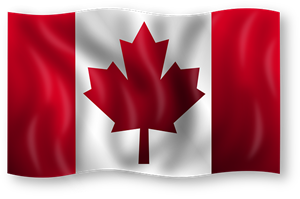 Everyone knows the official symbols of Canada — the anthem, the flag, the maple leaf. But what about other things that are widely associated with the country?

Ice hockey and lacrosse are known to be popular Canadian sports. Hockey is one of the most famous games in the world, but we can't say the same about lacrosse — a very interesting and unusual sport. Lacrosse is a team game. The players use a small rubber ball and sticks that resemble a butterfly net. The players wear protective gear as there is a chance to get injured. They throw, carry and pass the ball using the sticks and try to score.

Apart from beavers, moose (they are also called elks) are another unofficial symbol of Canada. According to Indian legends, a moose brought back the Sun after it had been stolen from the sky. So moose was a sacred animal for centuries. Now you can find a picture of moose everywhere — on coins and souvenirs, for example. There is even a monument to moose in Toronto.

Royal Canadian Mounted Police are famous in the country and abroad. Just like the Queen's Guard in the UK, RCMP is famous not only for their uniform. They wear bright scarlet tunics and high leather boots. But they are also famous for their acting as law enforcement in northern and western provinces — their role is not merely ceremonial.

Maple leaf is probably the most well-known symbol of Canada. However, there is also delicious maple syrup. Canadians love it very much. This thick liquid is made from sugar maple and eaten with bread, waffles and porridge.