Study the vocabulary about countries and symbols. Part 1
Occupy - to fill, exist in, or use a place or period of time;
Consist of - to be made of or formed from something;
Capital - a city that is the centre of government of a country or smaller political area;
Be situated - be in a particular position;
Be separated - existing or happening independently or in a different physical space;
Narrow - having a small distance from one side to the other, especially in comparison with the length;
Area - a particular part of a place, piece of land, or country;
Be made up of - consist of ;
Several - some; an amount that is not exact but is fewer than many;
Be subdivided - be divided something into smaller parts;
Comprise - to have as parts or members, or to be those parts or members;
Southern - in or from the south part of an area;
Eastern - in or from the east part of an area;
Mountain - a raised part of the earth's surface, much larger than a hill, the top of which might be covered in snow.
Examples:
The house hasn't been occupied (= lived in) by anyone for a few months.
The team consists of four Europeans and two Americans.
The little village has very narrow streets. 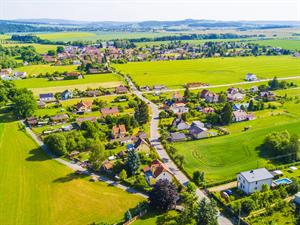 The area of New York to the south of Houston Street is known as Soho. 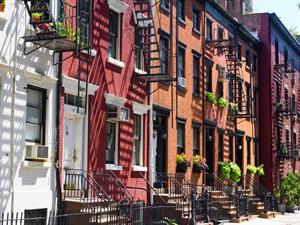