To speak about disasters, you need the appropriate vocabulary. Part 4 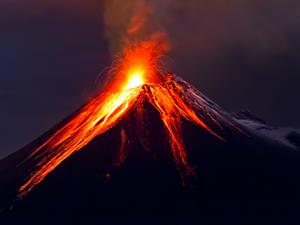 Seismic - subject to or caused by an earthquake or earth vibration;
Sinking - a slow fall or decline (as for lack of strength);
Stuck - caught or fixed;
Twister - a localized and violently destructive windstorm occurring over land characterized by a funnel-shaped cloud extending toward the ground;
Volt - a unit of potential equal to the potential difference between two points on a conductor carrying a current of 1 ampere when the power dissipated between the two points is 1 watt; equivalent to the potential difference across a resistance of 1 ohm when 1 ampere of current flows through it;
Whirlpool - a powerful circular current of water;
Whirlwind - a column of air whirling around itself;
Wind scale - an international scale of wind force from 0 to 12;
Wind vane - mechanical device attached to an elevated structure;
Wave - (physics) a movement up and down or back and forth;
Tremor -  a slight earthquake;
Underground - beneath the surface of the earth;
Death - the permanent end of all life functions in an organism;
Casualty - someone injured or killed in an accident;
Lost - confused as to time or place or personal identity;
Coast - the shore of a sea or ocean.
Examples:
There is a seismic activity in Asia.
The tremor was felt as far as 200 miles away.
The rebels suffered heavy casualties.
Rimini is a thriving resort on the east coast of Italy.
Предыдущая теория
Вернуться в тему
Следующая теория
Отправить отзыв
Нашёл ошибку?
Сообщи нам!