3 Б.
Researchers are debating whether natural disasters can teach us something about human behaviour, and if so, whether that insight could be used to protect us in the future. 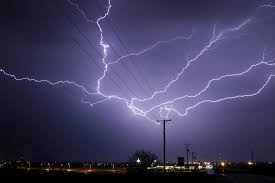 Banda Aceh, Fukushima, New Orleans, Haiti, Sichuan. The list of names that are inextricably associated with natural disasters and tens of thousands of deaths grows longer and longer.
Historically, humankind has been ravaged natural disasters and every single one of them has somehow influenced the way our society has turned out. That goes for the recent local natural disasters as well as the worldwide natural disasters that shook the Earth tens of thousands of years ago.
But what can we learn from the natural disasters and the way our forefathers managed to get by in hard times?
“Unfortunately, we can’t prevent natural disasters or predict them with 100 percent certainty,” says associate professor of prehistoric archaeology Felix Riede of the Department of Culture and Society at Aarhus University. “But we can find out whether we can make our societies more resilient to natural disasters, so that people can get through them. We can do that by looking at the ways in which our societies have handled natural disasters in the past.”
“The idea is that we use our common European and global cultural heritage as a historical lab and an active resource for designing resilient societies,” says Riede.
Disaster almost wiped us out
When we look back on the effects that natural disasters have had on humanity, they can be traced far back into prehistoric times:
A volcanic eruption on Toba 74,000 years ago left the Earth in a volcanic winter that lasted 6-10 years. This created a genetic bottleneck because there was only between 1,000 and 10,000 people left on Earth and the event made us who we are today.

38,000 years ago a giant volcano in the Vesuvius region erupted, forcing the first European Homo Sapiens and Neanderthals to survive in a rough, post-volcanic landscape for many years to come.

8,200 years ago the entire Western coast of Jutland in Denmark was transformed by a giant tsunami that flooded large parts of Scotland, England, and Denmark. Doggerland, which was then inhabited, was deserted and was later swallowed by the sea.

In 1883 Krakatoa blew up with a force equivalent to 13,000 Hiroshima bombs. The shockwaves from the explosion moved around the Earth seven times and the climate got colder. It took five years for temperatures to normalise.
All of these events had societal consequences that can be traced in archaeological and historical sources.
“It’s that sort of past events we can use to model how future natural disasters will affect us,” says Riede.
How people react to natural disasters
One thing we can do, says Riede, is to look at people’s behavioural patterns during and after natural disasters.
Historically, people tend to gather in small family groups and use their social networks to secure resources. Another typical reaction is to emigrate.
A few hundred people that flee from flooded agricultural areas probably won’t cause major problems, says Riede, but imagine if the inhabitants of a multimillion city are suddenly forced to relocate. It could have consequences of enormous proportions, he says.
Because of this Riede thinks it would be sensible to look into whether modern infrastructures are equipped to cope with people’s instinctive need to escape.
“We have all seen photos of mile long lines that start to form on motorways when everyone is headed in the same direction. By using models we can explore the capacity of the infrastructure and identify bottlenecks that could become problematic in the event of a natural disaster.
In that way we can handle problems before they arise,” says Riede. “It’s an example of how we can use history to make us better prepared in the future.”
The humanities make natural disasters more tangible
Climate reports and disaster reports describe in great detail how various factors are intertwined scientifically but they often don't give evidence-based descriptions of what it will all mean for the affected societies.
Researchers are generally worried that even though scientific data from climate and disaster reports are robust, the reports won’t lead to the desired global and regional changes in behaviour.
“The global perspective is too abstract for a lot of people,” says Riede.
He hopes to make it more tangible to people by showing them how a natural disaster have affected their own local areas in the past.
“Hopefully it can lead to increased awareness and more action when we can demonstrate that science goes hand in hand with the human aspects,” says Riede.
Write true or false:
1. Humankind has been ravaged natural disasters.
2. A volcanic eruption on Toba 74,000 years ago left the Earth in a volcanic winter that lasted 1 year.
3. Climate reports and disaster reports describe how various factors are intertwined scientifically.
Источники:
http://sciencenordic.com/what-can-we-learn-natural-disasters
www.theenergycollective.com
Вход или Быстрая регистрация
Предыдущее задание
Вернуться в тему
Следующее задание
Отправить отзыв
Нашёл ошибку?
Сообщи нам!