This vocabulary is used to talk about cultural and social life.

Cinema goer – a person who regularly goes to watch films at the cinema.
Sports fan – someone who admires and supports a person, sport, sports team.
Culture buff – a person who knows a lot about and is very interested in culture.
TV addict – a person who cannot stop watching TV.
Bookworm – a person who reads a lot.
Loner – a person who likes to do things on his/her own without other people.
Sculpture – the art of forming solid objects that represent a thing, person, idea, etc. out of a material such as wood, clay, metal, or stone, or an object made in this way.
Marine park – sea park.
Conductor – someone who directs the performance of musicians or a piece of music.
Referee – a person who is in charge of a sports game and who makes certain that the rules are followed.
Screen – a flat surface in a cinema, on a television, or as part of a computer, on which pictures or words are shown.
Audience – the group of people together in one place to watch or listen to a play, film, someone speaking, etc.
Orchestra- a large group of musicians who play many different instruments together and are led by a conductor.
Spectator – a person who watches an activity, especially a sports event, without taking part;
Exhibit – an object that is shown to the public in a museum.
Performance – the action of entertaining other people by dancing, singing, acting, or playing music.

Art gallery – a room or building that is used for showing works of art.
Motionless – without moving.
Event – anything that happens, especially something important or unusual.
Some examples:
The museum has several life-sized sculptures of people and animals.
The conductor raised his baton.
They won 4–0 in front of over 40,000 cheering spectators. 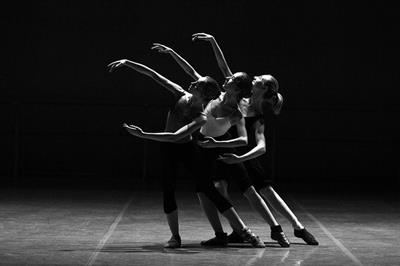