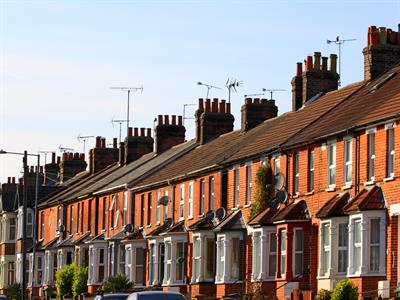 About 51 million people live in England and most of them (84%) are largely concentrated in London. Like in any other capital city there are a lot of blocks of flats with modern flats and a lot of people prefer living there. But people who are more conservative and value traditions of their country live in the countryside.
Houses in the countryside are usually more expensive than flats in big cities.
I think it is normal because when you live in the country, you pay not just for the house but for the marvelous views, fresh air and the possibility to spend your free time in the garden (gardening is one of the most favourite hobby among the British).
English houses often have two floors and an attic. There is a kitchen, a dining-room and a living on the ground floor. Almost in every house there is a fire-place in the living room, which is the most favourite place for all the family in the evenings or on holidays. There are bedrooms and several bathrooms on the first floor.
There is always a room for guests. There is usually a study in the attic.
Usually houses in England are built from stones or bricks (from the local area), which are different colours. And sometimes it seems that Britain is a country of multicoloured houses.
In England there are many types of houses. People can live in a flat as it was told above. In most towns all over England there are streets of houses joined together in long rows. Such houses are called terraced houses. Two houses joined together are called semi-detached houses. If the houses are not joined to any other buildings they are called detached houses. The most popular types of houses among British people are semi-detached and detached houses.
Though more and more people tend to buy houses in the countryside, it has become a great problem for the English to buy a house because the prices for property are increasing much faster than salaries. But it is always possible to take a mortgage in a bank or buy a house jointly with friends.
Answer the questions. Choose the correct answer.
1. How many people live in England?
2. Where can you see terraced houses?
3. What types of houses do people like most of all?
Источники:
http://www.enrucafe.com/ru
julie4you.deviantart.com
Вход или Быстрая регистрация
Предыдущее задание
Вернуться в тему
Следующее задание
Отправить отзыв
Нашёл ошибку?
Сообщи нам!