3 Б.
Read the text about ecological problems in the world. 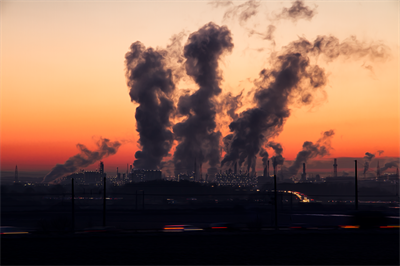 The most important ecological problems are air, soil and water pollution, global warming, deforestation and loss of biodiversity. They are the constant threats to the environment nowadays.

Acid deposition or acid rain is not only rain, it's any form of acidic precipitation — rain, snow, fog, hail. Acid rains fall after harmful gases are emitted into the atmosphere and transported by wind and air currents. They are a part of pollution.

The temperature is rising. This process is called global warming. It occurs when carbon dioxide and other air pollutants collect in the atmosphere and absorb sunlight and solar radiation. The planet's surface and the atmosphere is warming up and glaciers and sea ice are melting. This makes sea levels increase and a lot of natural environments giving home to many species can submerge under water in the future.

Deforestation is one of the biggest reasons for climate change. A lot of trees are cut down in order to make new roads or widen the old ones. People fell trees for cattle-farming, building new houses, mining, wood production and other purposes.

Biodiversity is all living organisms on the planet in all ecosystems. Unfortunately, people harm it all the time. They kill animals (and not only them), destroy their habitats. Scientists think that we will lose about a half of the Earth's species in the next seventy-five years.