3 Б.
Read the text about the UK elections. 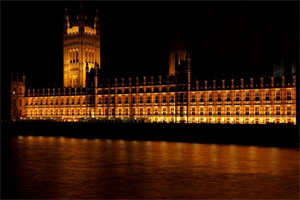 Рис. \(1\). The Palace of Westminster
The House of Commons lasts up to \(5\) years (since \(1911\)). During the \(XIX\) century reforms almost all adult men were granted the right to vote. However, women got their voting right much later, in the first third of the \(XX\) century.
There are \(650\) constituencies in the country, each of them gives one MP to the parliament. Any legally adult citizen (over \(18\)) can vote.

Traditionally, elections are held on Tuesdays. Voters can cast a ballot from early morning until late at night. A person can vote using post, it is called mail vote. Voting is not obligatory, but every citizen shold be registered as a voter.
Labour Party and Conservative party are the most popular and influential political parties in the country. There is a local office of these parties in every constituency that chooses the candidate and supports him or her through the campaign.
Again, any legal adult and a citizen can become a candidate. However, certain groups of people are banned from it. Those are police and military officers, judges and people who went bankrupt.
Write true or false.
1. Each of the constituecies gives one MP to the parliament.
2. Elections are held on Thursdays.
3. Any legal adult and a citizen except people of certain professions can become a candidate.
Источники:
Рис. 1. The Palace of Westminster. Pixabay License CC0. Free for commercial use No attribution required. https://pixabay.com/images/id-2892/ (Дата обращения 11.10.2021)
Вход или Быстрая регистрация
Предыдущее задание
Вернуться в тему
Следующее задание
Отправить отзыв
Нашёл ошибку?
Сообщи нам!