3 Б.
Read the text and choose the correct variant. 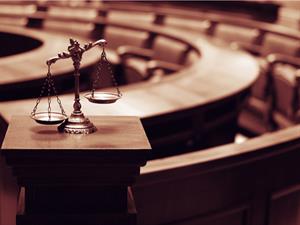 If it hurts, sue!
In the United States the number of cases where people sue for damages or compensation for medical malpractice has grown at an alarming rate. This US obsession with litigation seems motivated by greed rather than the wish for justice.
An eighty year old woman sued MacDonalds take-away for damages after she was scalded by the coffee. She was awarded $640,000. A woman sued her vet for $1million because of the emotional stress she suffered when he injured her pet iguana. A man who deliberately jumped in front of a train in the New York subway sued the transport company and won $650,000 damages because the train failed to stop.
Thomas Wallace, a black American, claimed that he and his three sons suffered emotional distress when they came across the word nigger in their computer encyclopedia. Mr Wallace had typed the word nigger while searching for information on the Niger River. The computer told him that Joseph Conrad had written a novel in the 19th century called Nigger of the Narcissus, and that Martin Luther King had once been called a nigger by a white woman when he was 11 years old. Mr Wallace is now suing the encyclopedia company for $40 million.
A British banker recently lost his job at a Canadian bank based in New York. He is suing the bank, stating that he suffered mental anguish because of his French boss's insistence on joking that the English were bad lovers and lousy cooks. He is claiming $20 million in damages.
Eager lawyers
There are over 800,000 American lawyers (70% of the world's total number), many of whom openly encourage such lawsuits. A lawyer often takes on a lawsuit as a sort of gamble. The lawyer enters an agreement with the client. If the client loses, the lawyer has to pay a forfeit. If, however, the lawsuit is won, the lawyer takes up to 50% of the amount awarded.
Choose true or false:
1. This unhealthy preoccupation seems to be motivated by insatiable desire for wealth.
2. There has been two occasions when Martin Luther King was called a nigger.
3. If the client loses the lawsuit, the lawyer has to pay a forfeit.
Источники:
Вход или Быстрая регистрация
Предыдущее задание
Вернуться в тему
Следующее задание
Отправить отзыв
Нашёл ошибку?
Сообщи нам!