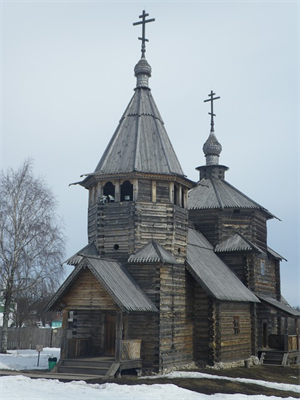 There are quite a lot of historic architectural sights in our country — churches, palaces and cathedrals. They can give an impression of rich Russian culture and history. However, many ancient churches and cathedrals in Russia are in a sad condition — now they are derelict and forgotten. Is it important to save, preserve and restore them? Is it worth it? Is it possible?

Mass demolition of the cathedrals and churches started in \(1917\) after the political regime had changed. People wrecked and blew them up. The ones that weren't demolished suffered from wind, water and vandals, who took away anything valuable. Closed churches were used as warehouses, village halls or barns.

There are more than four thousand ruined cathedrals and churches in Russia. A lot of them are heritage assets. Now historians and architects try to restore some of them. It is difficult, because many ruined churches are in the countryside, in underpopulated villages, so there aren't any locals who could be interested in restoration. This is a huge problem — people move from Russian villages to big cities and they are becoming depressed and sometimes completely abandoned. Another reason is that a lot of old churches are destroyed to the point that they need conservation in the first place.

They are examples of unique Russian architecture, cultural and historical heritage of different times. There are three main styles of small Russian churches: baroque (the \(XVII\) century), classicism (the \(XIX\) century), eclecticism (the beginning of the \(XX\) century).

Old Russian churches and cathedrals are places where you can touch history and see extraordinary orthodox icon art.